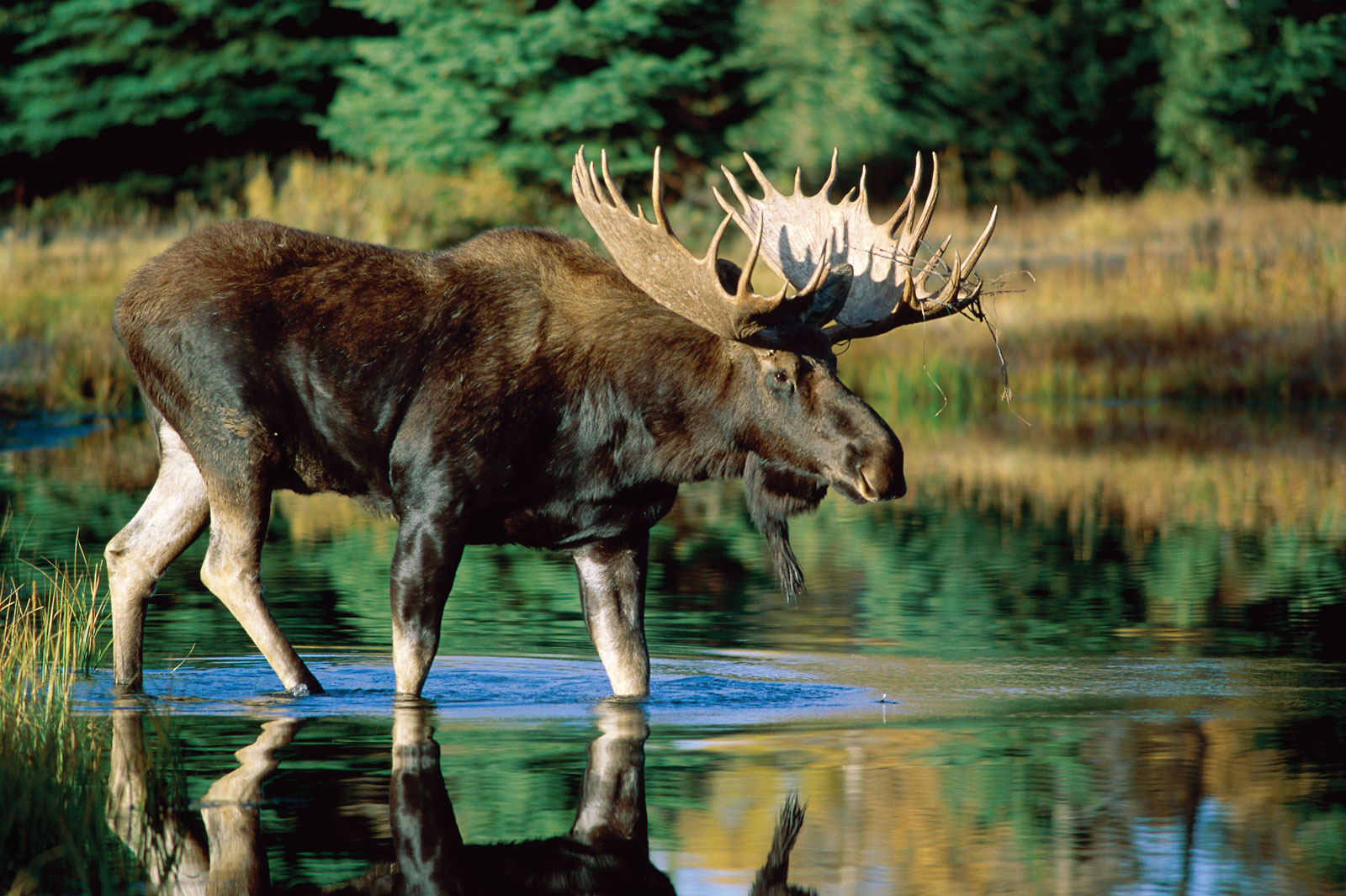 The Ontario big game draw is essential to distribute equal hunting opportunities for sustainable harvest of elk, moose, antlerless deer, and controlled deer. Each of these four draws has its application period, open seasons, and criteria that must be met before harvesting an animal, as described below. The number of validation tags allocated to a given WMU is determined by the estimated population size of the heard. The number of tags increases if a particular area is deemed overpopulated or decreases if the area is underpopulated. This helps keep ecosystems balanced while providing hunters equal opportunities to harvest their species of choice.

All 4 of these big game draws will require that the applicant has met the following criteria:

Antlerless deer include females and fawns (deer less than a year old) of both sexes. You can also use an antlerless deer tag on a buck. These tags can be handy for first-time hunters as it does not limit their selection of deer available for a legal harvest. Antlerless deer tags can be used in any WMU throughout Ontario following open season dates and choice of a firearm, whether a bow, muzzle-loader, shotgun, or rifle.

If the draw application period has closed, you can still buy a deer licence (to harvest an antlered deer only) during open deer season (not during controlled deer hunts).

The elk draw application costs $15.00, along with an elk tag and licence, which costs an additional $48.25 for residents of Ontario. Hunters who are successful in the elk draw and are issued an elk tag are not eligible to receive another elk tag in their name for the following five years. Still, they may continue to be listed as a member of a group and party hunt for elk during this time.

For elk, there is one open season from September 16h September 29h for WMUs 57, 58, 60-62, and 63A. Within these 6 WMUs are 8 Harvest Areas which specify a smaller area of a given WMU. Each Harvest Area has its own elk quota and hunt code which can be found here. Unlike the other three draws, there are no tags for immature animals (calves), only bull and cow tags.

If you are not successful with a controlled deer hunt draw, then you cannot harvest a deer during a controlled hunt season in the specified WMU even if you purchase a deer licence and tag to harvest antlered or antlerless deer.

Definition of a “non-Ontario resident”: a person whose primary residence is not in Ontario or has not lived in the province for at least six consecutive months of the immediately preceding 12 months. All other individuals are considered non-residents (some exceptions apply to active military and RCMP personnel who have been stationed in Ontario for at least one month with appropriate documentation).

Residents of Ontario who hold a valid Outdoors card can apply to any of the four big game draws. Before 2020, non-residents of Ontario could only apply to the moose draw. If successful, they would have hunted either with an immediate relative, a licenced tourist outfitter, or a landowner, regardless of which WMU they plan to hunt moose in. In 2020, non-residents can only acquire their moose tag through a licence tourist outfitter. Suppose a non-resident is an immediate relative of an Ontario resident who holds a moose tag. In that case, they may purchase a non-resident moose hunting licence to party hunt with their relative. The cost for the moose licence and tag is $459.86 (this will change to $470 in 2021 along with a separate fee for the moose tag [$30 for calf, $150 for cow/calf, or $200 for bull]), in addition to $35 for an export permit if planning on crossing the border with the meat from the harvest. If a non-resident plans on hunting with a gun, there is also a $25 Firearms Declaration Form (per person who brings a firearm) at the border when coming into Canada.

You will be issued a validation certificate if you hunt through a licensed moose tourist outfitter. The certification validates your moose tag to hunt with the specific operator/outfitter for a particular time and the animal’s specific type, age and sex. Your validation certificate must be carried with you while you hunt. Outfitters can vary in accommodation styles, length of expedition, and prices. Depending on the outfitter, their particular set-up, and the type of tag available (bull, cow, or calf), prices can range from $1,500 CAN to well above $5,000 CAN. Just like residents of Ontario, non-residents must complete and return their mandatory tourist outfitter moose hunter report to the tourist outfitter by November.

Although non-residents cannot apply for the antlerless draw or the controlled deer hunt, they still can purchase a deer tag to hunt white-tailed deer for $225.81 and any additional deer tags for the same price. They must only hunt bucks during the legal open season of their desired WMU. If non-residents would like to bring their dog for tracking wounded deer or moose (not for attacking or killing), a dog licence must also be purchased for $14.46.